Why I relocated to the Big Apple with Proco Group

Ross Gregory began his career in London in 2008 as a financial services consultant focused on EMEA/Asia. By 2010, he moved to Singapore to act as a team leader and eventually became head of commodities in Asia. In 2015, he was approached by Proco Commodities with an exciting proposition that would take him to New York City.

While employed in Singapore, I was approached by Proco Commodities (known then as Commodity Search Partners) to lead their commodities trading team in America. I wanted to gain international experience by the age of 30 and, despite not yet hitting that milestone, I had already worked in Europe (London) and Asia (Singapore), so the next logical piece of the puzzle was to explore my options in America.

I used to travel to Los Angeles to play and coach football – or soccer – in the summer months during university. I always wanted to eventually move to the states and the opportunity to manage a new commodities trading team was exciting, so I took the plunge.

Within six months of accepting the job, I relocated from Singapore to New York. The move was painless; during my recruitment process, I spoke to senior management and even met with Richard Paisley, Proco Group’s CEO, when he was visiting Asia. The visa process was also straightforward: Proco sponsored me on an E2 treaty investor visa, which is a five year green card that can be extended indefinitely. They took care of the application and it was only a few months to organise from start to finish. Once the visa came through, I jumped on a plane and landed in New York. That was in January 2016 and I have never looked back.

My advice to anyone who is considering relocation is to get a sense of the city; if you are thinking about moving to New York, you should visit and get to know it before you uproot yourself. I had the experience of being an expat in Singapore, so I had insight into what the transition of moving to a new country was like. Do not get me wrong – New York is a city with a massive amount of charm, but you need to be prepared for the fast-paced lifestyle and able to find your own routine!

There are some great reasons to head to New York for your next career move. The US economy is currently rallying at a fast pace and it is an exciting growth period for the markets that Proco Commodities works in. I have noticed a large influx of British people moving to the US because of the uncertainty surrounding Brexit, so it seems like a good time to consider a change of direction.

If you are entrepreneurial and ambitious by nature, then Proco offers a nurturing environment. I can confidently say that the New York office is full of people who enjoy their work. All of our end of quarter events are well attended and the environment is very social.

From a career point of view, our office is relatively small and, as you can see, we are in the process of expanding our team! We are the flagship office for Proco Group in the Americas. We offer a ripe opportunity for someone to come in, learn from us, put their stamp on the business and grow in their role. You will not just be a cog in a wheel, but have the chance for personal growth in a challenger brand. The US economy is growing and we are growing with it. Plus we already work with a strong portfolio of clients built up over almost ten years, so our desks are warm!

We are proactive about meeting our clients in Proco Commodities, encouraging travel to conferences in places like Houston, Chicago, Los Angeles and Miami. We also offer a generous salary against industry standards and a lucrative commission scheme, plus many exciting benefits – for instance, I have been with the company three years and get a two week sabbatical.

Proco is good at retaining talent, especially those who are looking for global experience and long-term career progression. There are plenty of opportunities to move into other exciting roles within the business.

Relocating to New York is not just the first step for the right person to start their career with an innovative and global company, but an opportunity to move to one of the greatest, most dynamic cities in the world. 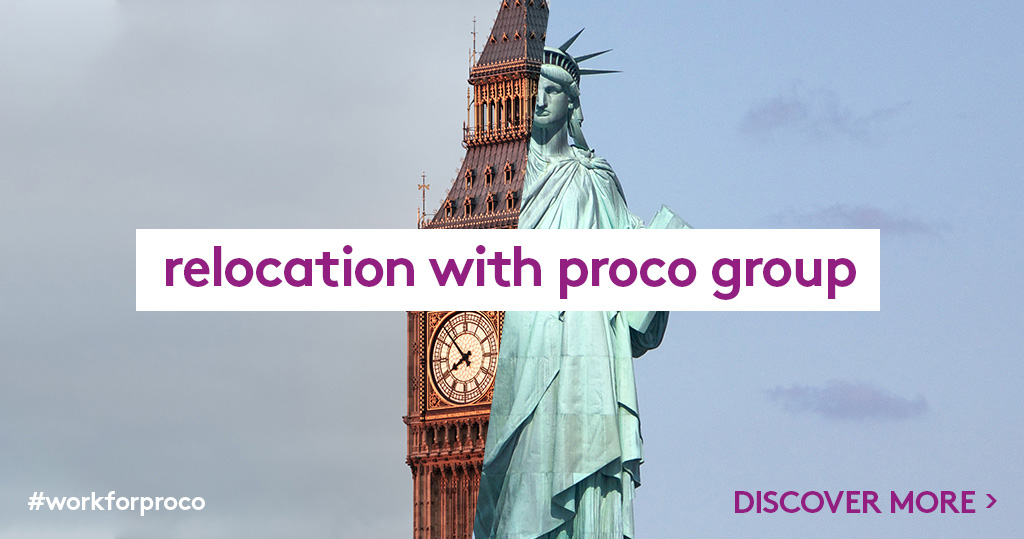 Are you thinking about a career in The Big Apple? Apply for our current New York based vacancy

We are looking for talented individuals to relocate to our New York office! - 338.7Kb 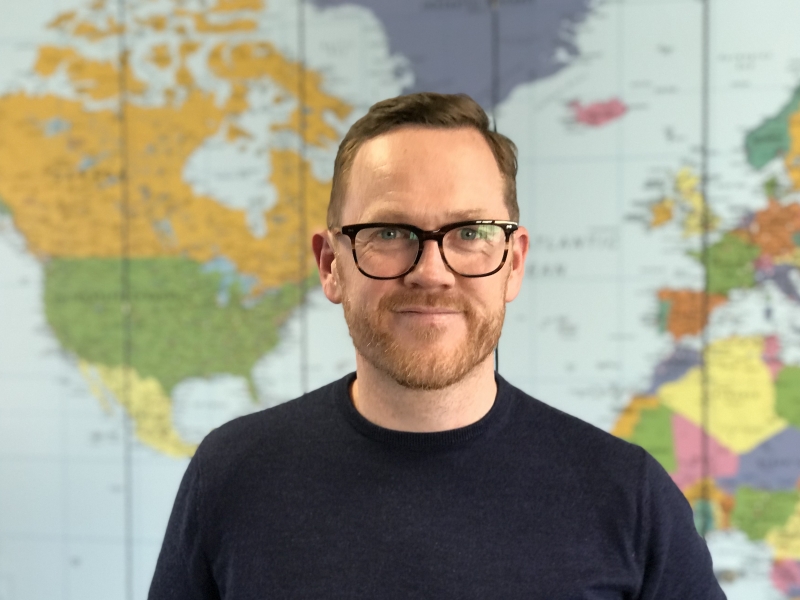 we are proco new york